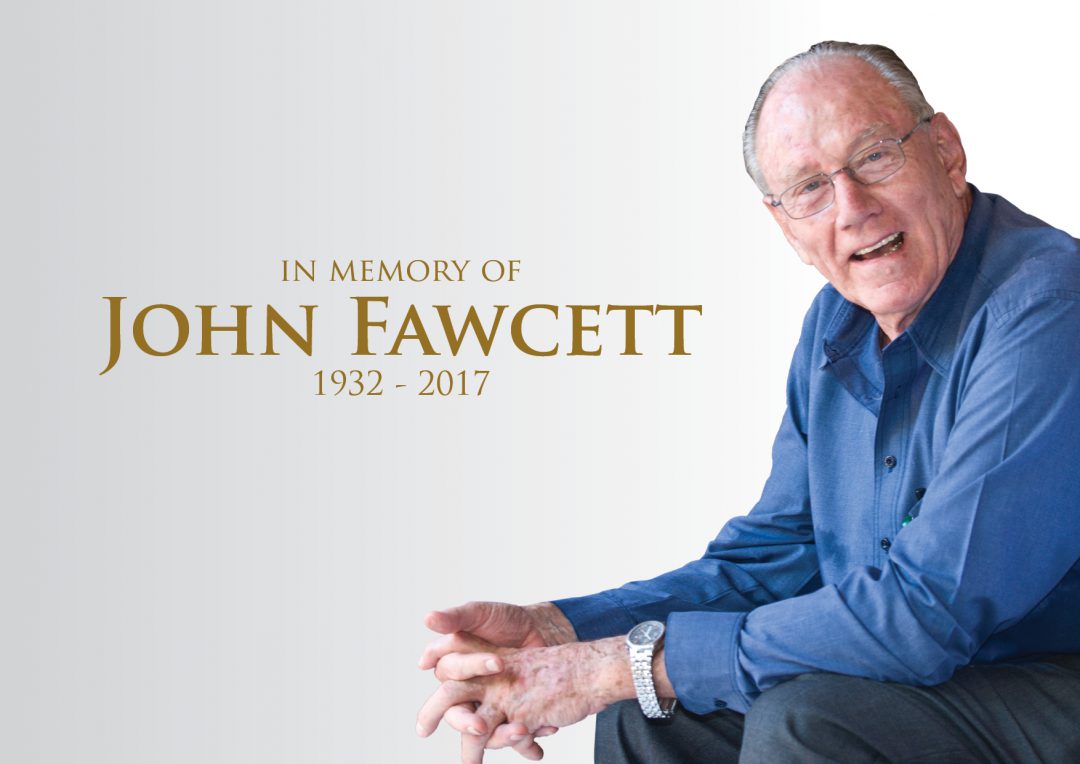 It is with great sadness that we let the Foundation’s supporters know that John Fawcett passed away in hospital in Perth, Western Australia, on Saturday 9 September 2017 after suffering a major stroke.

John will be greatly missed. He was a unique individual, an inspiration to all who met him and totally dedicated to his humanitarian work.
He had the ability to gather about him a team who took on the spirit that he imparted, and this has built the Foundation into what it is today. The team in Bali, the Board in Australia and the Trustees in the United Kingdom, are committed to continue with John’s work and will carry with them the strong memory of his inspiration and dedication.

For the Foundation that bears his name, John leaves behind a wonderful organisation in a strong position. What John achieved through his Foundation has positively affected the lives of well over a million people. Widely known in Bali as Dr John, his assistance to those in less fortunate circumstances has earned him the love and respect of the Balinese population and also those in government circles. With the programs moving offshore from Bali to other islands, the respect for John’s name and that of his Foundation have expanded throughout Indonesia.

John’s strong wish was for his work to continue, and the Board, the staff and supporters of the Foundation have the same goal. We carry with us John’s inspiration and dedication.

A Cremation Ceremony will be held for John in Perth on Friday 15 September 2017 at the Karrakatta Cemetery. The funeral cortege will assemble at the Main Gates at 2.30pm.

John’s ashes will be flown to Bali for a ceremony there. We will let you know the details when they are confirmed.

Following the cremation ceremony for John Fawcett held in Perth, Western Australia, on 15 September 2017, there will be a Balinese ceremony on Wednesday 18 October at the Krematorium Santha Yana, Jalan Jaya Sakti, Peguyangan Kangin, Denpasar Utara, Bali. The ceremony will start at 8:00am and continue until around 2:00pm.

Western people who attend the ceremony are not required to wear Balinese dress, but are requested to dress appropriately for the occasion: long sleeves and trousers, and no thongs. 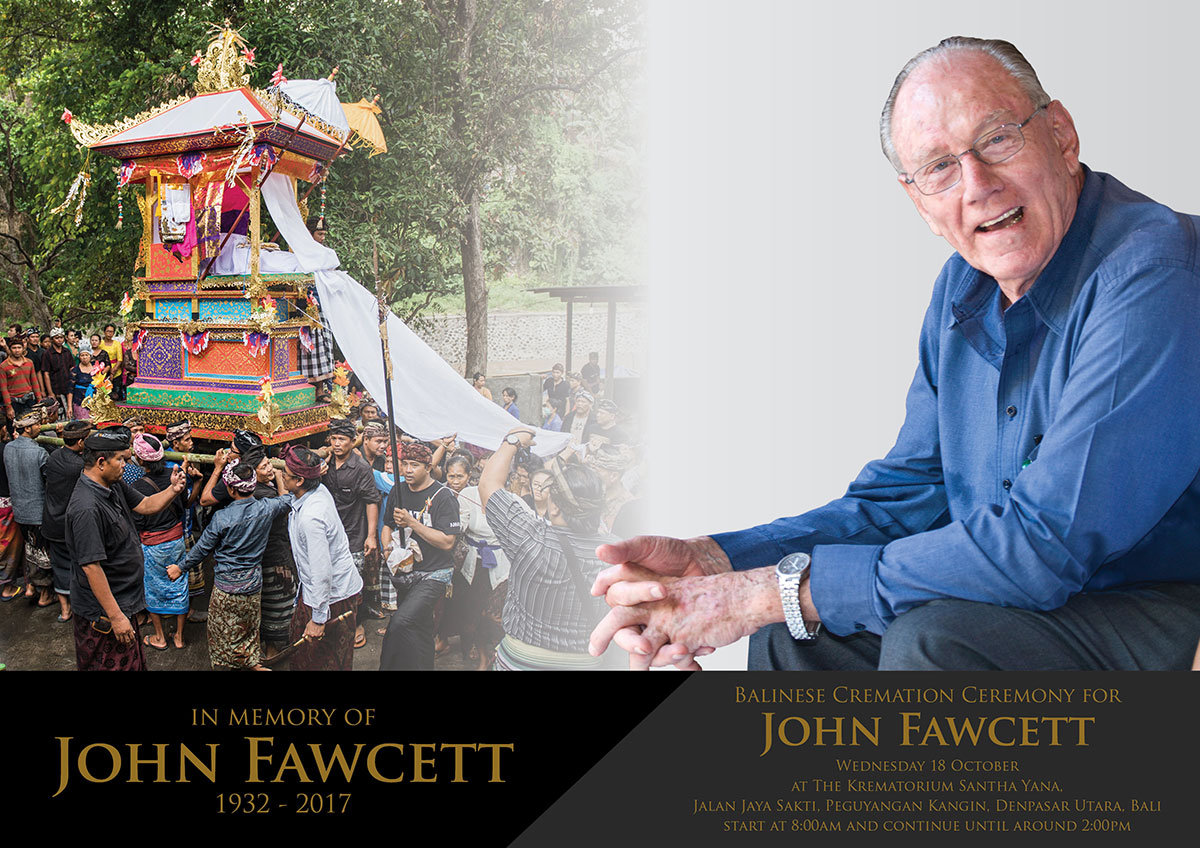