In January two more members of our Bali team received a long-service award for their work with JFF over 20 years.

Ni Made Artini, Administration
Artini was effectively John’s Balinese adopted daughter, living at John’s compound with another other Balinese family since she was six years of age. Artini attended Helena College in Perth for a term and later studied in Bali for a Bachelor’s degree in Economics. She has been working with JFF since 2002 and is one of the key senior staff in administration.

I Wayan Helmy, Communications & Graphics Design
Helmy first met John when he was in primary school. He was one of the patients JFF assisted back in the early days and, as a result, became interested in helping others who were in need. After finishing school in Bali, Helmy attended Helena College in Perth for a term, and then started working with JFF as an office assistant in 2002. He has a Diploma of Media in Graphic and Design and is now JFF’s Promotion and Graphic Designer, one of the key senior staff. 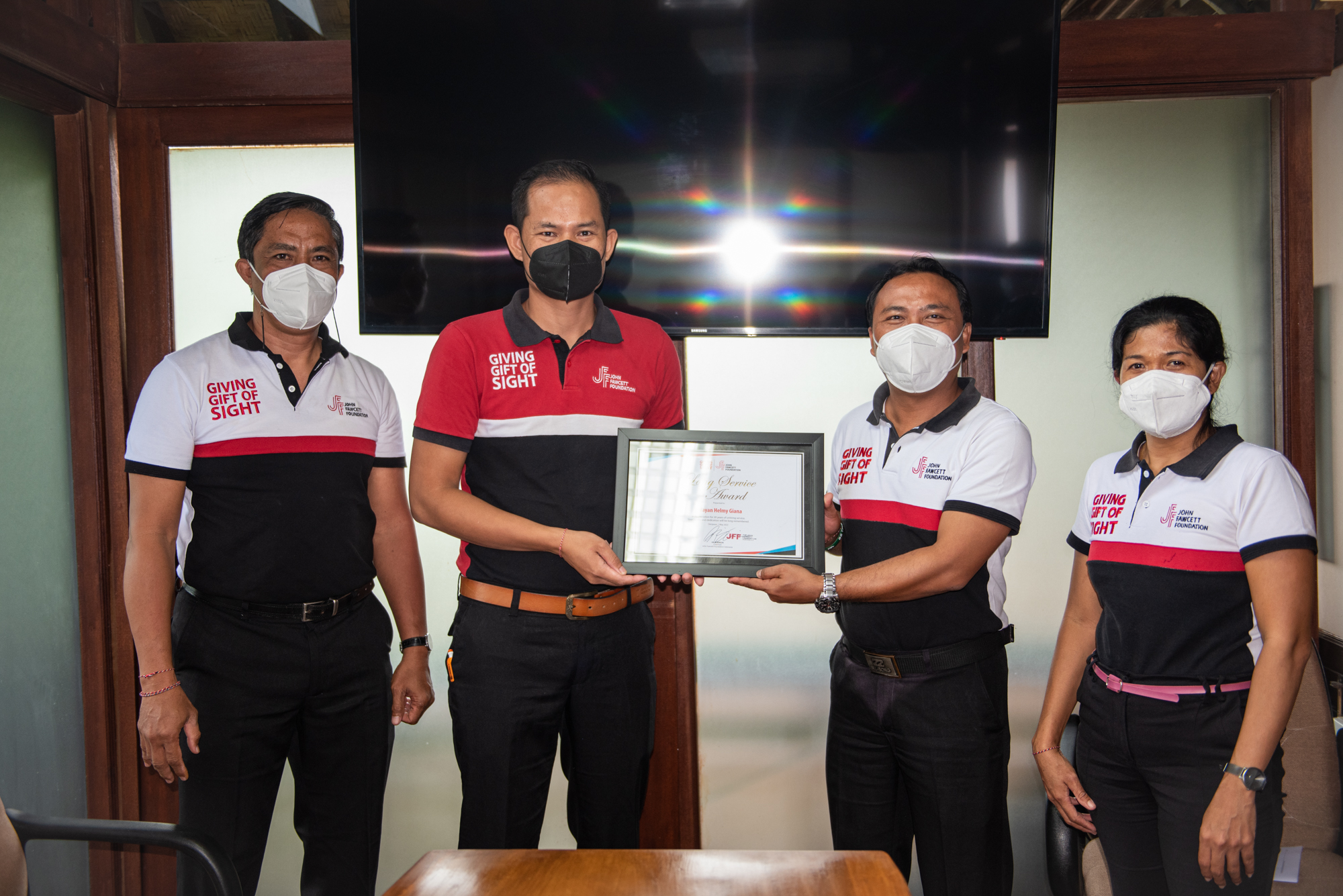